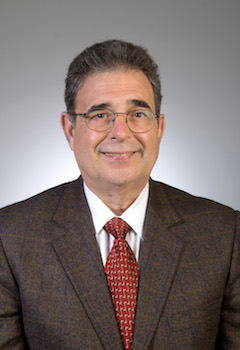 BTEC Director Ruben G. Carbonell has been elected as a member of the National Academy of Engineering (NAE) in recognition of his research and innovation in multiphase reactor design, high-pressure thin-film coating, and novel bioseparation processes. The announcement was made recently by NAE President C.D. (Dan) Mote Jr. The 67 members and 11 foreign associates just named bring the total of U.S. members in the academy to 2,250 and foreign associates to 214.

Election to the National Academy of Engineering is among the highest professional distinctions accorded to an engineer. Academy membership honors those who have made outstanding contributions to "engineering research, practice, or education, including, where appropriate, significant contributions to the engineering literature" and to the "pioneering of new and developing fields of technology, making major advancements in traditional fields of engineering, or developing/implementing innovative approaches to engineering education."

Dr. Carbonell is the Frank Hawkins Kenan Distinguished Professor of Chemical Engineering at North Carolina State University. In addition to serving as BTEC’s director, he is currently director of the William R. Kenan Jr. Institute for Engineering, Technology, & Science. Dr. Carbonell was also co-director of the NSF Science and Technology Center for Environmentally Responsible Solvents and Processes from 1999 to 2008 and director of this center’s industrial consortium on the Utilization of Carbon Dioxide in Manufacturing. He also served as head of the Department of Chemical and Biomolecular Engineering at NC State from 1994 to 1999. He joined NC State in 1984, after 10 years in the Department of Chemical Engineering at the University of California, Davis.